Meet Tom, Tilman, Can and Mathieu

Nerd Overflow is a recurring online meeting organised by TIER developers for TIER developers. It is a bi-weekly event where engineers talk about various software solutions and issues they are working on. When the first organisers of this event were Tom Wallroth, Principal Engineer, Tilman Börner, Software Developer at Payments team, and Can Kutlu Kinay, Developer Advocate at Developer Experience team, most of the Nerd Overflow sessions are now organised by Mathieu Schmidt, Senior DevOps Engineer.

In what follows, we uncover the story of Nerd Overflow: how it started, its goals and issues, and the future vision for the event series.

Nerd Overflow: Why was it started?

Software engineers at TIER put a lot of thought into building advanced and efficient software. However, there never was a platform for these engineers to share the work they’re proud of with other team members. In other words, there was no outlet for them to nerd about their achievements whether it’s a service, a library, a coding style, a code editor, a new framework or anything of the sort.

That is how the idea of starting a regular meeting came up.

The goal of such a meeting was twofold. It served as a space to exchange knowledge about technical topics, while also bringing the tech people together as a team. Such a meeting is a great opportunity for everyone to meet and understand the scope and outcome of other people’s work. It is also a perfect time to share interests and get to know one another in a more laid back setting.

Reflecting on the first learning sessions that were organised, Can mentions that they were focused on Python and took place after working hours. The sessions were not very popular and those who were interested were only able to randomly share new ideas as they did not have a proper stage to present them. Quarterly company gatherings also could not help, because they were not frequent enough. As a culmination of all these points, Nerd Overflow seemed to be just the thing needed.

Another important goal of Nerd Overflow is knowledge sharing by presenting certain topics or answering different questions. Such an approach enables engineers to be more productive and reduce frustration. One example would be the Core Infrastructure team that brought up the topic of spreading the DevOps culture which would lead to reducing the workload of the IT support team. Sharing is caring!

After establishing the importance of such a meeting and finding its goals, the organisers started looking into the naming. They were looking for a name that would suggest that the event was “extracurricular” and that this is a place where the nerds hang out, all of them. “I had this mental image of putting all nerds into one room and the room would just be too full and overflowing. It’s also a Comp-Sci gag based on integer-overflow or stack-overflow, which can lead to undefined behavior. I also didn’t know what exactly the nerd overflow would be like, so that’s a good match”, sums up Tom

The first Nerd Overflow meeting: How did it go?

The very first Nerd Overflow meeting took place in July 2020 on Google Meet. The session was dedicated to Docker and the agenda included 3 twenty-minute presentations, in addition to 2 short, unrelated show-and-tells. The meeting was announced beforehand on Slack and the turnout was encouraging. A lot of people attended the following meeting which only meant something was done right!

On that first call, things started off a bit rocky, especially since presenting online is so different from actually presenting to a live audience and feeding off their energy. However, things quickly picked up and whatever mistake was recorded served as a learning for the upcoming meetings.

Attendees were engaged enough to ask questions during the presentations and spark interesting conversations. While this first session was not recorded, all subsequent ones were and are consistently shared on the slack channel.

What is needed to keep Nerd Overflow alive? What are the difficulties with such an event?

Tom, Tilman and Mathieu all agree that the main value of Nerd Overflow is people. The key to keeping them engaged is to keep hosting these meetings regularly giving them the opportunity to present their work and topics they’re passionate about. Beyond that, it is important that newcomers are aware that their presentations don’t need to be full-blown decks and that they can impress with a strong idea rather than a long presentation. In fact, the BYOC (bring-your-own-code) was introduced as a perfect example of that. Members can simply demonstrate something fascinating about a particular PR they made.

Tilman’s main goal was to familiarise members with presentation skills showing them how simple and impactful their ideas can be. This came as a result of some struggles with following up with hesitant presenters. In addition, there are engineers for whom their work does not seem to be something outstanding, and as a result, people simply do not think that it may be of interest to other people. Mathieu, on the other hand, believes that interesting topics are everywhere, the challenge is to find those who are willing to present them.

What topics are discussed during Nerd Overflow? Is it only for internal people or is there an intention to make it public?

Initially, there was some diversity in topics of broad interest such as Docker, or how different general programming concepts work in Python. Recently, nonetheless, the meetings have become quite useful to explain aspects of our common infrastructure that concern everybody, especially around Kafka, Service Registry, and Datadog integration.

Even though the ceremony was meant to be an internal one, the idea to publish at least some parts of the video stream later came up multiple times already. At the same time, since the audience is currently only inside of Tier, Tier-Lingo is often being used and it might not be obvious to an external audience what we’re talking about.

How do you see it developing in the future?

With such busy schedules, sometimes it may be difficult to find time for the event. One alternative could be to reduce the overhead of presenting. That’s what the idea of a “show and tell” is all about; a super short, improvised demo of something interesting or useful. While this is still a work in progress, it would go a long way in making the event more fun, interesting and approachable for everybody.

An ideal scenario would be increasing the number of attendees and presenters and having small/short sessions with a lot of questions. Most questions should be answered by a documentation link that would support knowledge sharing in the company.

And that’s the story of the Nerd Overflow! 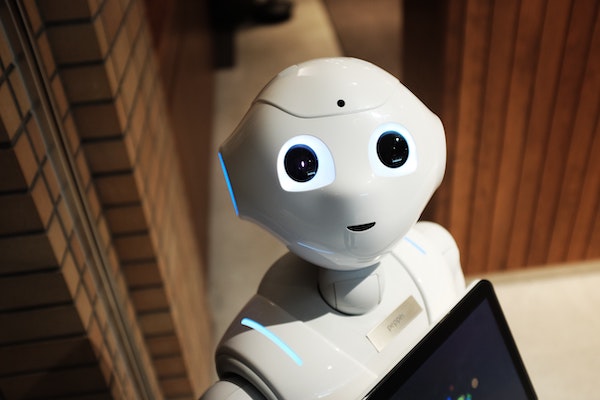